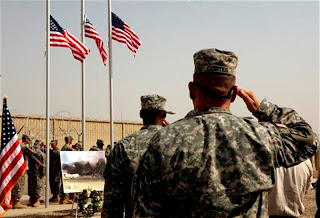 NEW geopolitical faultlines are being exposed by the civil war which has broken out in Syria.

The USA and its client states such as France and the UK are being thwarted in their support for regime change by an emerging global anti-American alliance.

While the rights and wrongs of what is happening on the ground remain unclear for outside observers, particularly those torn between sympathy for revolutionary movements and mistrust of western motives, the international political battle is taking place on a different level.

The issue there is how long the USA can retain the global hegemony of which it has boasted since the collapse of the Warsaw Pact.

It is significant in itself that two superpowers, Russia and China, came together to veto the controversial UN resolution on Syria.

The Russian Foreign Minister Sergei Lavrov on Monday denounced the indecent and hysterical reaction of the West after the vote.

He said this was intended to conceal the fact that there are several sources of violence in Syria - western powers are understood to be arming rebel groups, as they did in Libya.

And it is also noteworthy that ALBA, the eight-nation bloc of Latin American and Caribbean countries, has also joined the dispute, condemning foreign efforts aimed at destabilizing Syria.

And it was Iran's PressTV that reported the latest statement from ALBA, which consists of Bolivia, Cuba,  Ecuador, Nicaragua, Venezuela, Antigua and Barbuda, Saint Vincent and the Grenadines and  Dominica.

This said: "The heads of state and government of the Bolivarian Alliance (ALBA) reiterate their condemnation of the systematic policy of interference and destabilization in the brother Arab Republic of Syria which (the policy) intends to impose by force on the Syrian people a change in rulers.”

Other states are treading a difficult line as they try to pressure the Assad regime to rein in its assault on rebel groups, while not endorsing military intervention.

He writes: "My sense is that Ankara doesn’t want to own the Syrian crisis and that there is extreme reluctance to become the country where America 'outsources' the problem to.

"One can argue that this Turkish position is at the heart of the dilemma with Syria. On the one hand Turkey wants to play a regional leadership role and avoid Western military involvement.

"On the other hand, when the leader of the Western world, the United States, wants Turkey to play the role of regional leader by confronting the Syrian regime with more force, Turkey demands more American involvement and more multilateral legitimacy.

“What we saw unfold in New York at the UN Security Council is that such international legitimacy is absent. There is no international consensus for action against Damascus. What the Russian and Chinese veto made clear is that a military option nor a consensus for strongly condemning the Syrian regime exists."

The leader of Lebanon's Hezbollah militant group says that toppling the Damascus regime would serve only US and Israeli interests.

Sheik Hassan Nasrallah said: "Overthrowing the regime in Syria is in the American and Israeli interest. They want to overthrow the regime and replace it with a moderate regime."

The mistrust of a possible 'revolution' in Syria that is more of an American-sponsored coup has also been expressed by Iraq's radical anti-US Shiite cleric Moqtada al-Sadr.

He has said there is "a big difference" between what is happening in Syria and the "great revolutions in Tunisia, Egypt, Libya, Bahrain and Yemen".

There is also the keen irony of the USA describing a Russian/Chinese veto on regime change as ‘disgusting’, while continuing to constantly veto any UN resolutions criticising Israel.

While never mentioned by western media, this has not been forgotten elsewhere.
Posted by The Vast Minority at 23:25