A UK solidarity action with the Quebec rebels is being held in London on the evening of Wednesday May 30.

The Defend the Right to Protest Campaign has called for a demonstration outside Canada House (5 Trafalgar Square) at 6pm.

Below is what it says on its site:

Faced with the biggest protests ever seen in Quebec by students fighting against an 80% hike in fees, police have been importing the same tactics used against students and other anti-cuts protesters in Britain by the discredited Metropolitan police.

This includes the deployment of notorious kettling tactics to intimidate protesters and mass arrests of protesters with over 2,500 arrested so far, along with indiscriminate police violence which has seen people suffer serious injury.

It has also seen the introduction of a draconian new law, Bill 78, which bans any protest within 50 meters of university buildings, imposing severe financial penalties on those involved in pickets or other protests deemed illegal, and requiring eight hours notice for any protest involving more than fifty people.

Quebec students are fighting the same battles fought by students in Britain over the past two years. They are an inspiration to many around the world confronted with unprecedented cuts and austerity measures.

On Wednesday 30th May protests in solidarity with the Quebec struggle will take place across Canada.

The whole world is watching!

Join the protest in London in solidarity with the Quebec students struggle against fees, and call for:

* An immediate cessation of kettling, mass arrests and other police tactics designed to intimidate and punish protesters

* The freeing of any imprisoned protesters – drop the charges, conditions and fines imposed on protesters

We’re inspired by the three month long Quebec student strike and the popular uprising in Quebec against austerity and the anti-protest Law 78 that has mobilized entire neighborhoods throughout the province to bang pots and pans at 8pm since the 22nd of May.

A New York Times op-ed compared Charest’s government to Putin’s after he cracked down on students with draconian anti-protest laws, riot copsand cancelled the school semester rather than to negotiate with student unions.

A record breaking 2500 people have been arrested, 2 have lost an eye, several have suffered critical head injuries, and the resistance is only spreading.

The movement has gone from being called the “Printemps d’Erable” to being called the Maple Spread. Solidarity casserole banging has spread from neighborhoods in Montreal, throughout the province, the country, as well as New York, Paris, Latin America and now it’s time for London to join in too.

On Wednesday, May 30, starting at 6pm, in front of Canada House by Trafalgar Square in London, we are showing solidarity by banging pots and pans and flying red squares.
Posted by The Vast Minority at 07:09 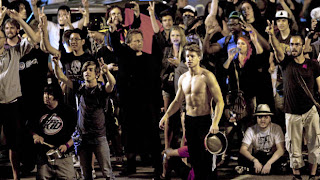 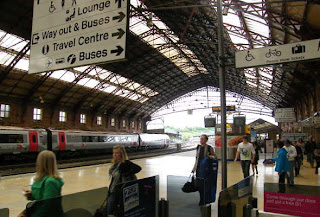 ANARCHISTS have sabotaged railway lines in a major English city as the insurrection against neoliberalism steps up across the world.

A statement was posted on Bristol Indymedia by the Informal Anarchist Federation (FAI) - May 22nd Group.

It reads: "On the morning of May 22nd we struck two points on the railway routes into Bristol, on the outer sides of Patchway (northern) and Parson Street (southern) stations.

"By lifting the concrete slabs running alongside the tracks and burning out the signalling cables found in the trench underneath, before carriges came on the line.

"We chose specifically chose these places so that employees of the Ministry of Defence, as well as military industry companies Raytheon/Thales/HP/QuinetiQ etc., in the business park near Filton Abbey Wood station, and the corportate hub of Bristol, near the Temple Meads station, were amongst the affected. Normal services weren't restored until the evening.

"The potential spread of such blockages in general poses a significant problem for the flow of commodites and for making sure that labour exploitation arrives on time, key concerns for transnational capitalism.

"Such actions are a time-honoured method of disturbing the 'social peace' myth: from similar sabotages in France; cash courier vehicles getting destroyed in Crete; the night-time smashing of train station ticket machines in Austrailia; resistance to highway developments eating even further into wild landscapes (such as Khimki forest in Russia) whilst displacing animals and people who are still refusing to assimilate into industrial civilisation (such as Bolivia's TIPNIS project in one of the most biodiverse regions in the world); to the iconic seizure and arson of the city bus in London last August.

"Not to mention our comrades of FAI/Fires on the Horizon, in Athens, and FAI/Individuals Conspiring for the Destruction of the Existent, in Curicó, defiant with their barricades...

"Everywhere the bosses want us scurrying around their metropolis, like consignments of human flesh in alientating containers on pre-determinated routes, in a frenetic hussle for survival, there is and will continue to be every reason to forcefully intervene in the smooth flow of the daily grind.

"In the United Kingdom of clockwork control and domestication, we're some of the 'unpatriotic ones' who find the 2012 Olympics, with the ensuing spectacle of wealth (when so many here struggle to feed themselves and their families), harmful developments and escalating police state, frankly offensive.

"But no union or movement calls our shots, and we have no inhibition to use guerrilla activity to hurt the national image and paralyze the economy however we can. Because simply, we don't want rich tourists - we want civil war."

Meanwhile in Italy a police chief has warned that anarchists now represent the biggest threat to the neoliberal state.

Agi.it reports that police chief Antonio Manganelli said: "Revolutionary anarchism is now the real terror threat to our country, not the Red Brigades or the international terrorism that concerns us like other countries.

"Revolutionary anarchists have created an international network starting from the Greek cells. It is a phenomenon to be reckoned with. They themselves in their own documents have stated that they have made the leap in quality to be able to carry out assassinations." 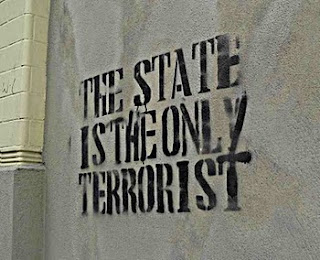 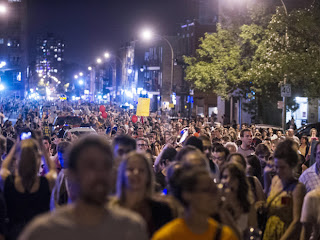 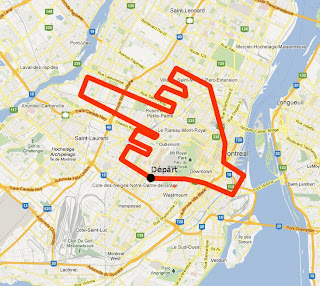 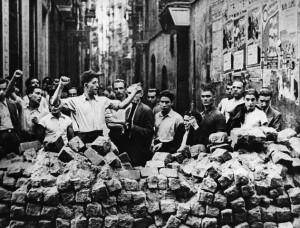