AUSTRALIAN Prime Minister Julia Gillard and opposition leader Tony Abbott were trapped in a restaurant for half an hour by a crowd of anti-racist protesters.

The 200 indigenous rights campaigners were responding to  Abbott's statement that it was time to move the Aborigial tent embassy that has been in Canberra for 40 years.

They surrounded the building, banging on glass and shouting "shame" and "racist".

As the politicians were "rescued" from the restaurant by police, Gillard tripped and lost a shoe.

Her car was also blocked by protesters, who banged on the roof, reported news.com.au. 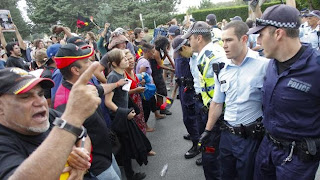 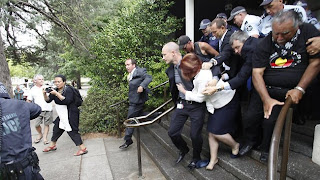 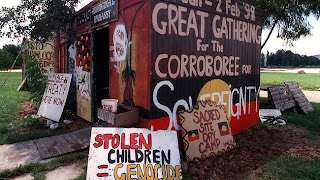