Workers to strike at US giant 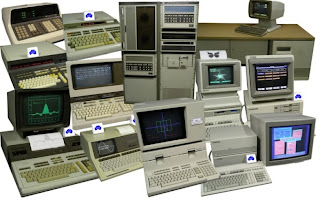 ANGRY workers the north of England are to go on strike at an American computer giant.

Staff at Hewlett Packard in Preston and on the Fylde coast are to stage a 24-hour strike after voting overwhelmingly for industrial action in a dispute over pay and jobs.

The Public and Commercial Services (PCS) union said its members at the firm's Enterprise Services section, including those working on Government IT contracts, will walk out on December 10.

Reports the Fleetwood Weekly News: "Officials said there had been growing anger among staff over job losses and a pay freeze since Hewlett Packard (HP) took over EDS in August 2008.

"Up to 1,000 union members will take part in the strike, including those working on IT contracts for the Department for Work and Pensions in Newcastle upon Tyne, Washington, Preston and on the Fylde coast."

The local paper quotes PCS general secretary Mark Serwotka as saying: "It is disgraceful that hard-working staff who are shouldering greater workloads and contributing significantly to HP's revenue and profits should be rewarded with pay freezes and job losses.

"The ballot result illustrates the depth of anger amongst a workforce who face a second year of pay freezes despite the company delivering fourth quarter revenues of 30.8 billion US dollars.

"Management cannot continue to take staff for granted and need to start rewarding staff properly and give them guarantees over job security."
Posted by The Vast Minority at 22:07