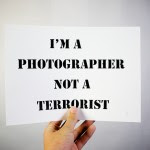 The ongoing scandal has been highlighted in the Independent newspaper on December 3 and 4.

It reported how police are stopping and interrogating completely innocent people taking pictures of anything from tourist spots to fish and chip shops, apparently under the impression that they possess a totalitarian-state carte blanche to do whatever they want.

Lord Carlile of Berriew, the Government's independent reviewer of anti-terrorism laws, told the paper: "The fact that someone is taking photographs is not prima facie a good reason for stop and search and is very far from raising suspicion. It is a matter of concern and the police will know that they have to look at this very carefully."

Lord Carlile's comments come just days after a BBC journalist was stopped and searched by two police community support officers as he took photographs of St Paul's Cathedral. Days earlier Andrew White, 33, was stopped and asked to give his name and address after taking photographs of Christmas lights on his way to work in Brighton.

Jenny Jones, a Green Party member of the Metropolitan Police Authority, Scotland Yard's governing body, said police officers stopping innocent people, as Section 44 of the Terrorism Act, allows them to do, was "unacceptable" and "illegal".

She added: "Some officers think they have the right to seize cameras. It is unbelievable and amounts to an abuse of power."

A campaign group called I'm A Photographer Not a Terrorist has been set up in response to the police intimidation.