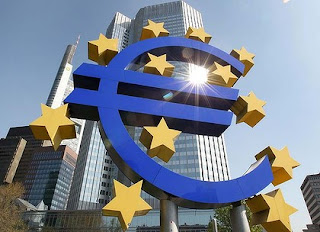 EUROPE is not a democracy and is being run by "an unelected cabal".

That's the conclusion of an article in The Guardian today by  economics editor Larry Elliott.

He writes: "The European Union has always had problems with democracy, a messy process that can interfere with the grand designs of people at the top who know best.

"When Ireland voted no to the Nice Treaty, it was told to come up with the right result in a second ballot. The European Central Bank wields immense power, but nobody knows how the unelected members of its governing council vote because no minutes of meetings are published.

"That said, the latest phase of Europe's sovereign debt crisis has exposed the quite flagrant contempt for voters, the people who are going to bear the full weight of the austerity programmes being cooked up by the political elites.

"This group, which is accountable to no one, calls the shots in Europe. The cabal decides whether Greece should be allowed to hold a referendum and if and when Athens should get the next tranche of its bailout cash.

"What matters to this group is what the financial markets think not what voters might want. To the extent that governments had any power, it has been removed and placed in the hands of the European Commission, the European Central Bank and the IMF. It is as if the democratic clock has been turned back to the days when France was ruled by the Bourbons.

"In the circumstances, it is hardly surprising that electorates have resorted to general strikes and street protests to have their say. Governments come and go but the policies remain the same, creating a glaring democratic deficit.

"This would be deeply troubling even if it could be shown that the Frankfurt Group's economic remedies were working, which they are not. Instead, the insistence on ever more austerity is pushing Europe's weaker countries into an economic death spiral while their voters are being bypassed. That is a dangerous mixture."
Posted by The Vast Minority at 00:38