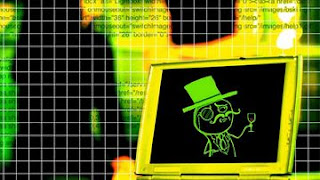 A NEW front in the global insurrection has evidently been established, with hackers now being accused of inciting "cyber riot".

Channel 4 was reporting on claims that the 2011 UK Census, collected by major war profiteers Lockeed Martin, had already been hacked.

This coincided with the arrest of a 19 year old man in England - who insiders deny was part of the LulzSec hacker group allegedly behind the apparent coup.

Says the report: "A cyber-threat expert at a major UK financial institution has spoken to Channel 4 News about what he sees as a 'step change' in activity by LulzSec.

"Authorities in Britain and the US have been trying to trace them for several weeks following apparent attacks on the CIA, the US Senate, Nintendo, Sony, the X-Factor and US television networks PBS and Fox. In the UK the group has also claimed to have found security flaws in systems at the NHS.

"The intelligence officer, who works to protect his organisation and wished to remain anonymous, said: 'Their aim is to expose 'laughable' security at big organisations. They are quite simple cyber attacks. But they appear to have got bored and moved on.

"'They went from targeting individual organisations to large initiatives - under the banner of the #AntiSec operation. That is a step change... it seems like the buzz [of the first alleged breaches] had worn off and they have thought 'can we incite a cyber-riot?'"

"He added: 'This kind of threat is definitely here to stay and whilst arrests will have an impact on LulzSec, hacktivism is here to stay'."
Posted by The Vast Minority at 12:21