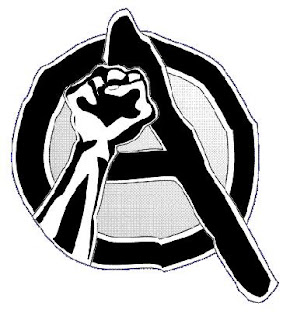 ANARCHISTS in Barcelona have carried out solidarity actions in support of activists in Russia and Belarus who are fighting to save the Khimki forest.

A statement published by Angry News From Around the World says: "The night of Monday, October 18, we wanted to make a small gesture of solidarity with anarchist comrades of Khimki (Russia) and Minsk (Belarus), imprisoned by their respective States in August 2010.

"The gesture consisted of moving in three locations linked to the Russian State and its commercial interests.

"Profiting our friend darkness, we went to the Russian consulate, to the headquarters of the Russian airlines the Centre for Culture and Russian language in Barcelona.

"We threw paint-filled eggs against these dumps and sprayed slogans in solidarity with the comrades.

"Death to all patria, border states, capitalism and every form of authority."
Posted by The Vast Minority at 22:02