Rising up against the rich 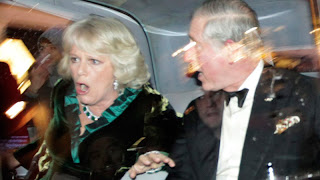 WILL 2011 be the year in which the people of Europe finally rise up against the rich parasites feeding on their lives?

The anger expressed at the rich and the royal family in the London student protests, the regular uprisings in the banlieues of France and the ongoing burning of expensive cars in Germany all point in that direction.

And in Greece, fears are being voiced that a massive class war is about to erupt.

Reports The Guardian: "An attack in broad daylight on Kostas Hadzidakis, a minister in the former conservative government, has highlighted fears that Greeks are at a tipping point.

"He was set upon as he walked through Athens during one of the capital's biggest ever anti-austerity demonstrations.

"Protesters were seen shouting 'thieves, thieves' and 'let the parliament burn' as they punched him in the face, threw stones at him and tried to attack him with sticks.

"Official unemployment reached a record high of 12.4% last week, further proof that seven months after its €110bn bailout by the EU and IMF the recession-hit country is nowhere near exiting its worst economic crisis since the second world war.

"'There's an invisible red line of what Greeks are prepared to tolerate in terms of sacrifices, and I think we are crossing it,' said Aliki Mouriki, a sociologist.

"'The assault on Hadzidakis by middle-aged men who didn't even bother to hide their faces reflects the desperation and anger of people who would normally never have done such a thing'."
Posted by The Vast Minority at 10:30