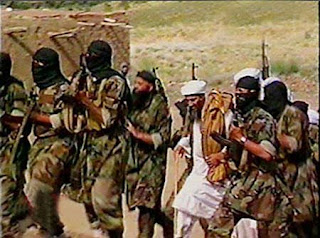 SECRET links between western intelligence networks and their so-called enemies are revealed in a fascinating article in the New Internationalist.

The author, Nafeez Mosaddeq Ahmed, is executive director of the Institute for Policy Research and Development and has writtten several books about the War on Terror.

He writes: "Islamist terrorism cannot be understood without acknowledging the extent to which its networks are being used by Western military intelligence services, both to control strategic energy resources and to counter their geopolitical rivals. Even now, nearly a decade after 9/11, covert sponsorship of al-Qaeda networks continues.

"If the ‘war on terror’ is to end, it won’t be won by fighting the next futile oil war. It will be won at home by holding the secretive structures of government to account and prosecuting officials for aiding and abetting terrorism – whether knowingly or by criminal negligence.

"Ultimately only this will rein in the ‘security’ agencies that foster the ‘enemy’ we are supposed to be fighting."
Posted by The Vast Minority at 01:07