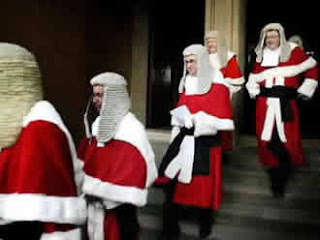 ONE OF the few minor reforms brought in by New Labour in its early days in power has been ditched a few months before they probably hand over the reins to the Conservative Party.

Reported The Times on November 6: "Would-be judges will no longer have to declare if they are Freemasons, the Government said yesterday.

"The policy reversal was announced by Jack Straw, the Justice Secretary, after a threat of legal action forced a review. He said that it would be “disproportionate” to continue with the practice.

"The United Grand Lodge of England threatened legal action in May, prompted by a European Court of Human Rights decision. The judges ruled in an Italian case in 2007 that the requirement to disclose membership was a breach of the rights to privacy and freedom of association.

"It was Mr Straw who, as Home Secretary, introduced the policy in 1998 for police and judges. He announced that the Government would create a register of Freemasons working in the criminal justice system unless they were prepared to name themselves."

The ruling elite will always want to draw a curtain of secrecy around the details of their affiliations and private activities.

But the stark fact that the British legal and political system is thoroughly corrupt is no secret to any of us.
Posted by The Vast Minority at 01:34