Anti-regime protests due in London 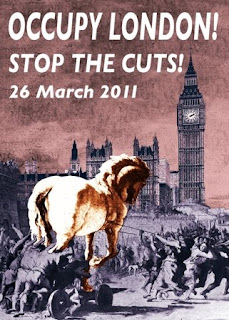 ANTI-REGIME protesters in London, UK, are calling for a big turnout and radical action on Saturday March 26.

A wide range of opposition groups are planning to take part in a day of dissent on the day of a big trade union march and rally.

The neoliberal British state is, as usual, threatening police violence against anyone stepping outside the limits of what is considered 'authorised' forms of protest.
Posted by The Vast Minority at 14:07