US empire is collapsing 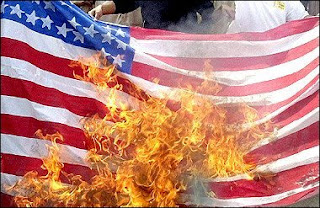 Hopeful signs are emerging that we are witnessing the beginning of the end of US global hegemony.

Recent events may superficially seem to show the power and reach of the American state, as European countries buckled to trans-Atlantic pressure over Evo Morales’ flight back to Bolivia.

And in Egypt suspicions still remain that, while the second revolution has got rid of one US-backed president, the Americans will ensure they are on equally good terms with his successor.

But the moment that an empire shows itself to be at its most powerful is also a moment at which inevitable decline and collapse are underway.

Power and influence work best when they are invisible. The moment their workings are exposed, they become less effective.

This was demonstrated by the US reaction to whistleblower Edward Snowden, who revealed to the world the extent of his employers’ spying activities. His actions haven’t stopped the spying, but the US position has been seriously weakened by the heightened public awareness.

The same applies to the way the USA has clearly pulled international strings to try and trap Snowden. This is the sort of influence it has always exerted - but in the background, away from all scrutiny. For its power to be laid bare in this way is a step towards it crumbling away entirely.

It hasn’t happened yet, of course, and there is very real danger that the wounded animal will lash out at an increasingly hostile world with a war on Syria and Iran.

But the cracks in US domination will surely spread out from Latin America, where Unasur nations are holding an emergency meeting to discuss the aggression against Morales’ jet.

As the global uprising against its hated neoliberal system spreads like wildfire, it is only a matter of time before we see the fall of the US empire.
Posted by The Vast Minority at 03:20