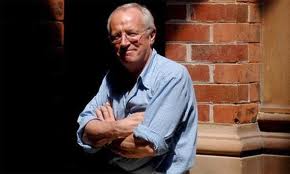 A LEADING British journalist has spoken out about the big lie of 'democracy' in the neoliberal world.

In an article entitled Bankers Are the Dictators of the West, Robert Fisk of The Independent compares the Arab uprisings with the wave of Occupy protests.

He notes: "The protest movements are indeed against Big Business – a perfectly justified cause – and against 'governments'.

"What they have really divined, however, albeit a bit late in the day, is that they have for decades bought into a fraudulent democracy: they dutifully vote for political parties – which then hand their democratic mandate and people's power to the banks and the derivative traders and the rating agencies, all three backed up by the slovenly and dishonest coterie of 'experts' from America's top universities and 'think tanks', who maintain the fiction that this is a crisis of globalisation rather than a massive financial con trick foisted on the voters.

"The banks and the rating agencies have become the dictators of the West. Like the Mubaraks and Ben Alis, the banks believed – and still believe – they are owners of their countries.

"The elections which give them power have – through the gutlessness and collusion of governments – become as false as the polls to which the Arabs were forced to troop decade after decade to anoint their own national property owners.

"Goldman Sachs and the Royal Bank of Scotland became the Mubaraks and Ben Alis of the US and the UK, each gobbling up the people's wealth in bogus rewards and bonuses for their vicious bosses on a scale infinitely more rapacious than their greedy Arab dictator-brothers could imagine."

Keep up to date with the global insurrection - follow VM on Twitter.
Posted by The Vast Minority at 23:25