Met Police killed protester and lied about it 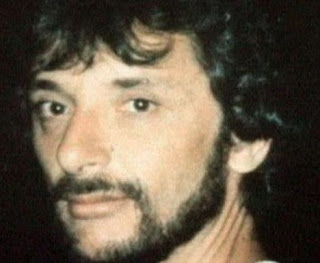 POLICE in London killed an anti-fascist protester, lied about what had happened and completely got away with it.

That was the finding of a secret report into the death of Blair Peach (above) in 1979, finally made public this week.

Reports the NZ Herald: "The report, written by Commander John Cass in 1979, identified the likely killer by his pseudonym Officer E, but concluded that there was not enough evidence to mount a prosecution against him.

"Commander Cass said that that was due to his investigation being frustrated by his colleagues' refusal to co-operate.

"And, while unable to recommend a murder or manslaughter charge, Commander Cass suggested that the officers who lied in an attempt to obstruct the case should be charged with perverting the course of justice. But the then Director of Public Prosecutions, Sir Thomas Hetherington, said at the time there was insufficient evidence to bring any charges.

"The timing of the report is particularly poignant because it comes as the Metropolitan Police wait to discover whether any of its officers will face criminal charges over the death of Ian Tomlinson, who died after being pushed to the ground by a police officer during last year's G20 protests."

In a chilling footnote, The Guardian added that Cass "noted that Archbold, the criminal law bible, states in paragraph 2528 of its 38th edition that "in case of riot or rebellious assembly the officers endeavouring to disperse the riot are justified in killing them at common law if they cannot otherwise be suppressed."

There we have it in black and white - in case there was ever any doubt.