DESERT rebels have seized control of an important town in their battle against American-backed repression.

The National Movement for the Liberation of Azawad has declared victory in Tessalit, a Saharan town now liberated from the control of the Malian state.

A statement put out by the rebels explained that, as well as being famous for its camel festival, Tessalit boasts key strategic importance, plus an airstrip, and will be a crucial asset in the fight to capture the main regional centre of Kidal.

The MNLA have also condemned the USA for providing assistance to the state of Mali in trying to put down the desert peoples' bid for freeedom.

They pointed out that this month American planes (see photo) had been seen flying in provisions and weapons to Malian troops in  the Amachach military camp near Tessalit, after the African state had failed to do so.

They said the USA had chosen to support the oppressor state and called on it to remain neutral with regard to the conflict. 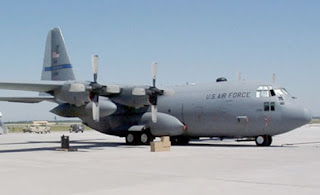 Mossa Ag Attaher, spokesman for the MNLA, told French newspaper Le Monde earlier this year that the aim of the struggle was to liberate Azawad from Malian colonialism.

Keep up to date with the global insurrection - follow VM on Twitter.
Posted by The Vast Minority at 12:55